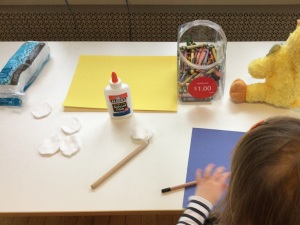 This morning my kids really wanted to build a snowman, only it’s raining and we have no snow. So we got out our crafty sides and did a snowman art activity instead – making textured snowmen pictures out of random items from around the house. We also decided that we were going to eat all the carrots except one, which we would save in a “super special hiding place” until it snowed so we would have a nose all ready when it snows (the “super special hiding place” is our refrigerator’s butter compartment, but that’s another story. . .)

I suggested this idea to one of my kids in response to the discussion about why we couldn’t make a real snowman because I foolishly assumed we had cotton balls or cotton puffs. But apparently I somehow had bought cotton rectangles the last time I bought toiletries – why?! – so we had to cut them into round shapes. If you are a regular person you won’t have this problem and can just start with whatever’s in your medicine cabinet.

The other requirements are really just glue, something to draw with, and stuff to  glue on, whatever you’d like. one of my children is currently obsessed with Perler beads, so somehow two of those got added on as eyes, for example.

How to make a textured snowman: what we did 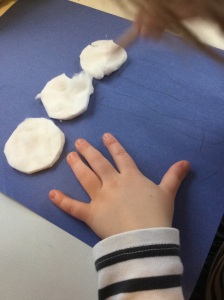 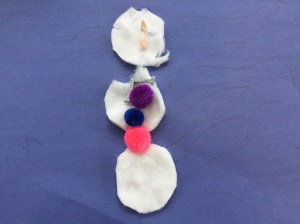 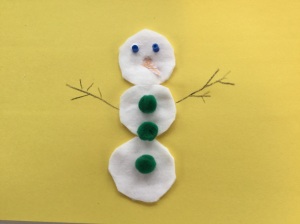 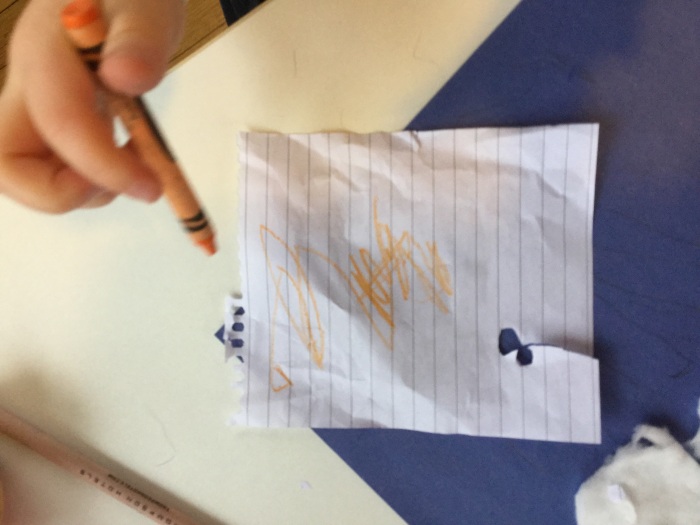 Hurrah for snowmen on a rainy day. . .