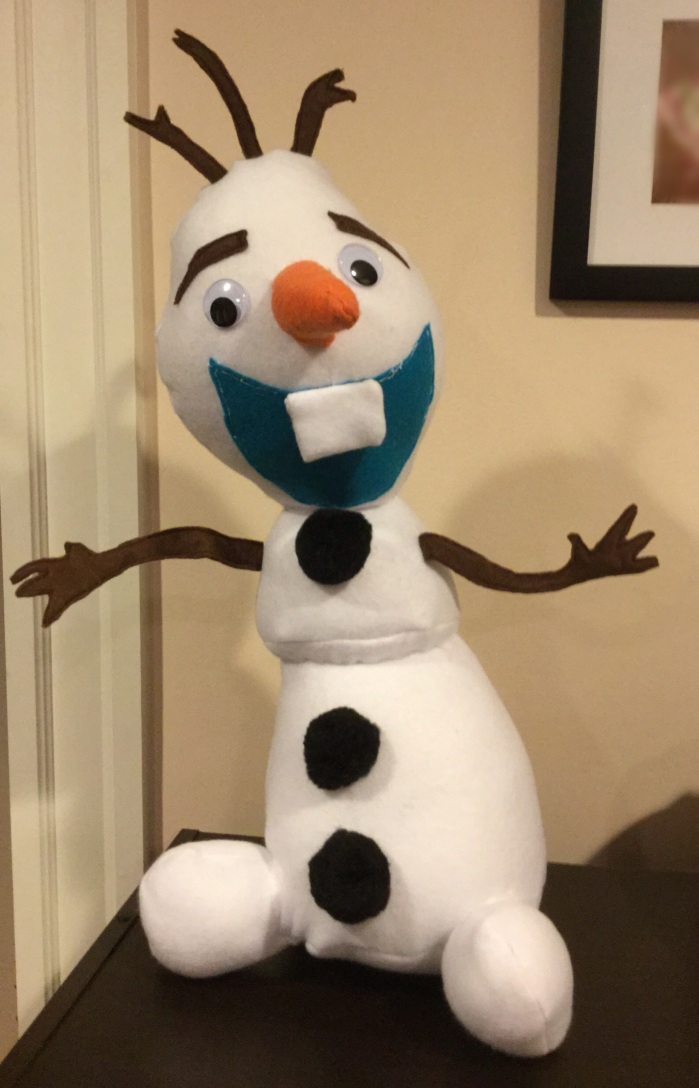 Here’s the story of how I managed to sew a pretty decent-looking stuffed Olaf despite having never made a stuffed animal before (and how you can too). My youngest wanted to make an Olaf stuffy for my kindergartener, and I foolishly agreed to this, thinking we could go to the fabric store and get some Frozen fabric and I could cut out two Olafs, stitch them together, and stuff it. But that was not to be. . .

It turns out there are lots of Frozen-printed fabrics, but they all had tiny little characters on them, so Olafs that were an inch or two high, not big enough to make a stuffed animal from. When I asked the salesperson if they had anything that I could use to make an Olaf, she suggested getting some white fleecy material and just sewing him. I was dubious, but I figured there had to be a pattern online that I could copy, so  I left the store with various felts and a bag of googly eyes that my preschooler picked out (see the end of this post for a list of supplies needed).

Returning home, searching the Internet – no Olaf patterns. Lots of instructions for crocheting an Olaf if that’s your thing, but it wasn’t mine. Finally I found a random blog post about making a snow girl (thank you Nuno Life, whoever you are!). I read their post “Snow Girl” and decided to use that pattern for the body. I had to blow it up first, since the original dimensions were pretty small, and then I ended up making pattern pieces on lined paper and tracing them on to the felt. 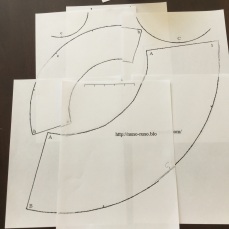 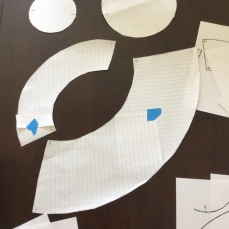 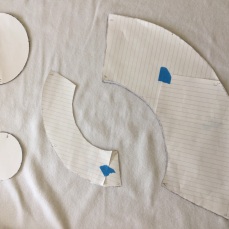 I cut out my shapes, rendering my dining room table totally useless, and I was ready to go.

I then started sewing pieces together, my preschooler happily stuffing them as I finished. I started with the feet and worked my way up. For the arms I cut out branch shapes on brown felt folded over, so I’d have two of each arm shape  I then machine-stitched them together, leaving the bottom open so I could stuff half a pipe-cleaner in each one. 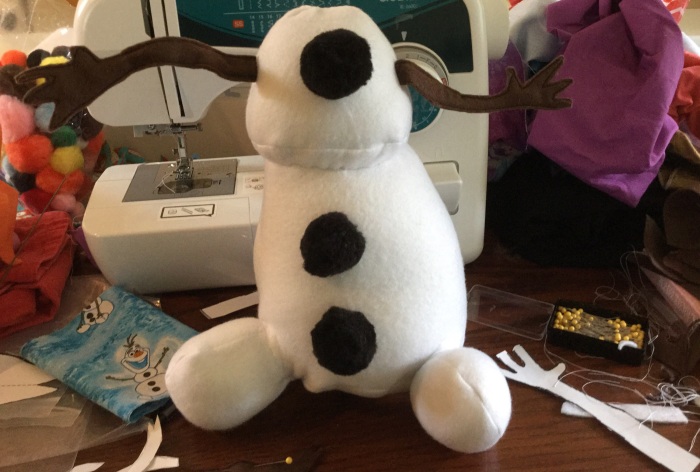 The head is where I ended up deviating the most from Nuno Life’s great instructions. I decided to make the face before stuffing the head, so I cut out some brown felt eyebrows and stitched them on. I also made the carrot nose by making a cylinder of orange felt with a piece of circular orange felt at the bottom, to make a closed-up carrot, and them stitching the carrot onto the face. And I wanted my Olaf to have the big blue smile and buck tooth, so  I used some extra white fabric to sew a rectangle, turned it inside out, and attached it to a blue felt smile my preschooler had drawn on the felt. I machine-stitched the smile on, so Olaf had his face (minus the eyes) before I sewed the two halves of the head together and stuffed it, then hand-sewed it onto his body. 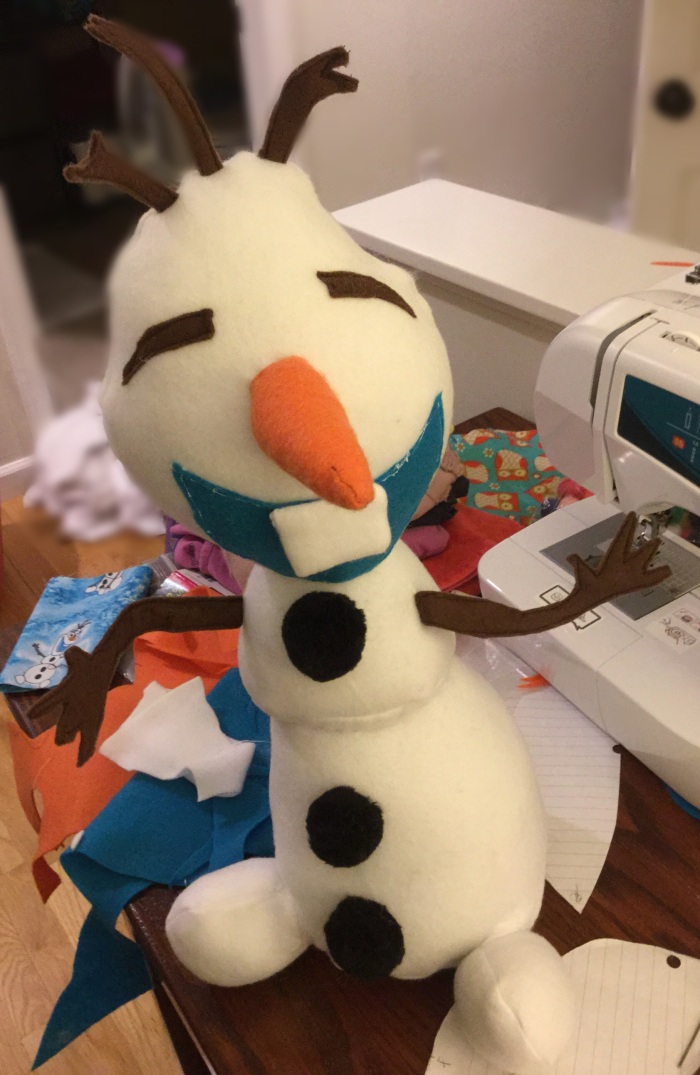 The final step was to crazy-glue on the googly eyes and let them dry overnight and then. . . Olaf! I think mine looks pretty respectable even compared to the official Disney stuffed Olaf.